I just thought I’d write a bit about my opinion on the Sun and Moon demo that was released yesterday. 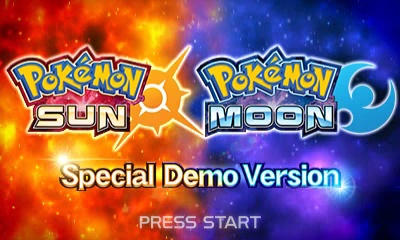 I was against the idea of a demo at all, and after playing it, I still am. To me, a demo is just a hype kill, at least in cases like this. We all know Sun and Moon is going to kick ass, we’re ALL getting it, we don’t need a taste of the game, we don’t need to see more, they’ve already released trailers up the ass. So many that I haven’t even seen them all.

Demos have a purpose, but as I said, doing it like this is just a hype kill. I’d much rather wait and have the full game and get to enjoy that rather than be forced through a half assed linear chunk where you get to use Pokémon that you have no attachment to whatsoever. I can’t even imagine why you would want to fight any trainers or wild Pokémon in this demo.

The reason I decided to play it at all is because there are bonuses involved. Things to transfer from the demo to the full game, so I thought, I might as well do it.

As I expected, it was a very meh experience. You have no attachment to the people, the location, the Pokémon, nothing. You just get shoved right in, which is an awful way to start a Pokémon game. I guess I should be thankful that I didn’t have to play a 30 minute prologue full of emotionless text like every other Pokémon game though. That’s a full-version thing 😉

So… you have a Greninja, at level 36…for some reason.

If you’ve ever played Pokémon, you know that it’s about getting your own Pokémon, training them, and caring for them. This concept should already make it clear why a demo is not needed, because bonds can’t be established in a little test run.

Luckily, Nintendo were at least smart enough to not even try putting the focus there. Instead, you get to see a tiny part of the beautiful Alola region. You get to do a little “trial” which involves taking photos of (couldn’t you make a Pokémon Snap 2 instead? 🙁 ) Pokémon in order to trigger fights with them…for some reason. I like the idea in theory but the way they did in the demo was just to say: “Hey, look at this new thing we made”, whereas in the full version, it might actually be a fun idea to snap some pics of some Pokémon.

Oh, also, the photo scenes run at like, 15 fps. It’s quite a horror. And so does fights that involve 3 or more Pokémon. Even though the fights don’t have 3D. I don’t care so much for the 3D, but I find it weird that they couldn’t even keep 30 WITHOUT rendering the game twice.

So I think I’ve been negative enough, let’s talk about the good things!

The Alola region looks amazing. We only got to see a tiny part of it, and it’s without a doubt the most beautiful location I’ve seen in a Pokémon game. 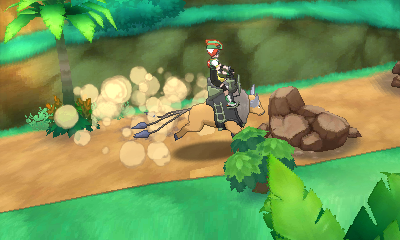 The colors are vibrant, it’s nice and sunny and happy! I love it. I REALLY do wish they could had released it in time for summer instead, because everything about the game is summer galore, and it’d be perfect, but oh well.

Not only is the region itself beautiful, but so is everything else. The HUD / UI is the nicest one yet. I just love everything about it, the gradients and the sizes of the health bars, the bottom screen, the menu layouts, everything is excellent. Another addition that I absolutely LOVE is that if you’ve previously fought a Pokémon and found it’s strengths and weaknesses, it’ll show you which attack is Effective / Super Effective etc. Might sound trivial, but for someone like me who for some reason has a really hard time remembering weaknesses and strengths for the types, this is awesome.

The demo features some timed events, which is neat, and it’ll let us transfer the things we get to the full version when it arrives.

The tiny part that we are allowed to visit in the demo is very limited. All exits and some buildings are blocked by NPCs. 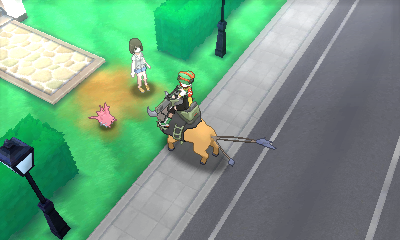 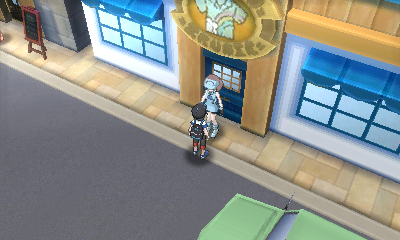 This is understandable, but I feel like they could have done it some other way and not make it feel so shallowly blocked. The NPCs don’t even mention what they’re blocking, and they don’t have anything interesting to say at all, really. This also goes for ALL NPCs in the demo. Even in the buildings and shops, everything is closed, and they have absolutely NOTHING of interest to say.

All in all, it’s not a BAD demo, it just wasn’t needed, AT ALL, in my opinion. I already knew that the full game would be amazing, and I still know it will be. So I’m just gonna keep waiting for it.

Thank you for reading this mess of a ramble! <3
~ Shadowfied